I have delayed creating a video to “finish” my new site Feltedfibre.com. Why? Well, I hadn’t created a video in a few years and there was this “fear” of getting back into it – you know – the learning curve, the setting aside of time, the awkwardness of hearing your own voice, and the emptiness of talking to the void.

Believe me I ‘ve had dozens of excuses for “not getting started.” However, there was also the peer pressure. Yes, it happens even out of your teens 🙂 I had been asked to join a blogging group and my excuse for delaying was that I hadn’t finished my site and I wanted to be part of the group as “Feltedfibre.com.” However, I would be there soon. Soon does happen, often sooner than you think! 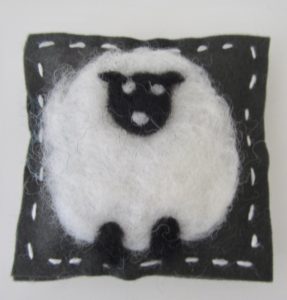 I knew, I was meeting with these  friends on a Tuesday in June and I knew I had to have this video done. On the Monday, prior to this Tuesday (no rush), I dragged myself to my office, locked the door, laid out my paraphernalia and began. Alas, it takes more than one “take” to create an acceptable product. Here is how it went – 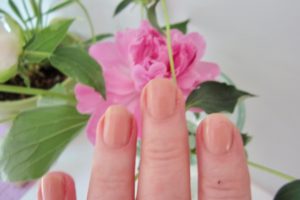 Enter the MANICURE!!. My daughter had several places to recommend that were walking distance away. I had the $35.00 or so to spend; I even had the time to spend. However, I did have the logic to know that I would be gardening the next day and why waste money on something that would be destroyed in 24 hours. Anyway, I didn’t want talons, I just wanted tidy!! It took a few minutes, but I found some clippers, an emery board and a relatively new bottle of nail polish – stage makeup for the hands.

Five videos later, I was finally happy with the product. It could still use a little more polishing – no pun intended, but that will come. Here it is uploaded to YouTube How to needle felt on fabric. 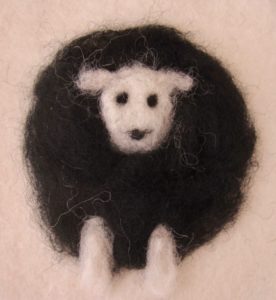 Have a productive day!!